History of the Line 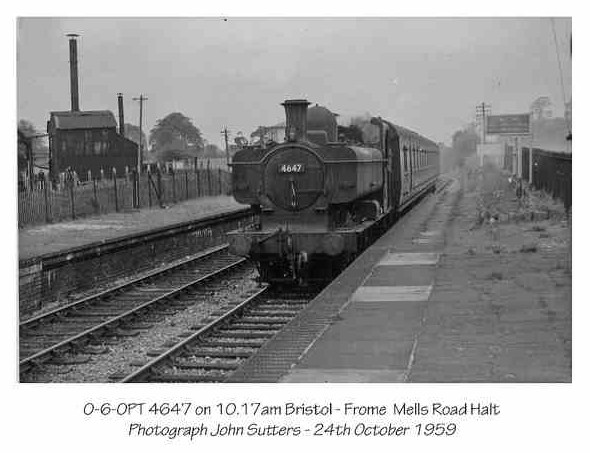 A broad gauge line known as the Wilts, Somerset and Weymouth was completed to Radstock in 1854, when goods traffic commenced. Passenger traffic did not start until 1875 when it was fully taken into ownership by the GWR. Also in that year the GWR purchased the Bristol & North Somerset (which ran only as far as Radstock). That railway had had many problems during building: exceptional weather had caused landslips, Pensford viaduct needed additional piers, its bank crashed, even fraud. However, in that year Frome to Radstock was converted to standard gauge, permitting through running to Bristol.

As constructed, the line left Frome station in an easterly direction and immediately branched north, joining the goods line. This 'chord' was removed shortly after closure and is now housing. There was a small locomotive shed here, a sub-shed of Westbury. A little further was the siding for Frome Market, closed in October 1968. The North Somerset Railway expects to build a station here where there is a large car-park: now the market is a couple of miles away from the town centre. Only 100 yards further a loop siding to the right was built for the gas-works.

One mile further, near Murtry, a loop was built in 1893 to serve the Vallis Vale Tramway. It was further developed, probably in the 1920's, for Somerset Stone Quarries (later Roads Reconstruction Ltd.). It was built to 2' gauge, converted to standard in 1943 and extended to Whatley Quarry about 10 years later. In 1974, the branch was moved around half a mile to the west, near Bedlam. The line to Radstock was formally closed in July 1988 by the removal of two rail lengths at Hapsford.

Very shortly after the junction (known as Hapsford Junction since 1984) the railway passes over Flowers Farm Bridge.To the south is the village of Great Elm. The Company expect to build a temporary terminus here. The next feature is Conduit Bridge which the road for Mells village to the south. 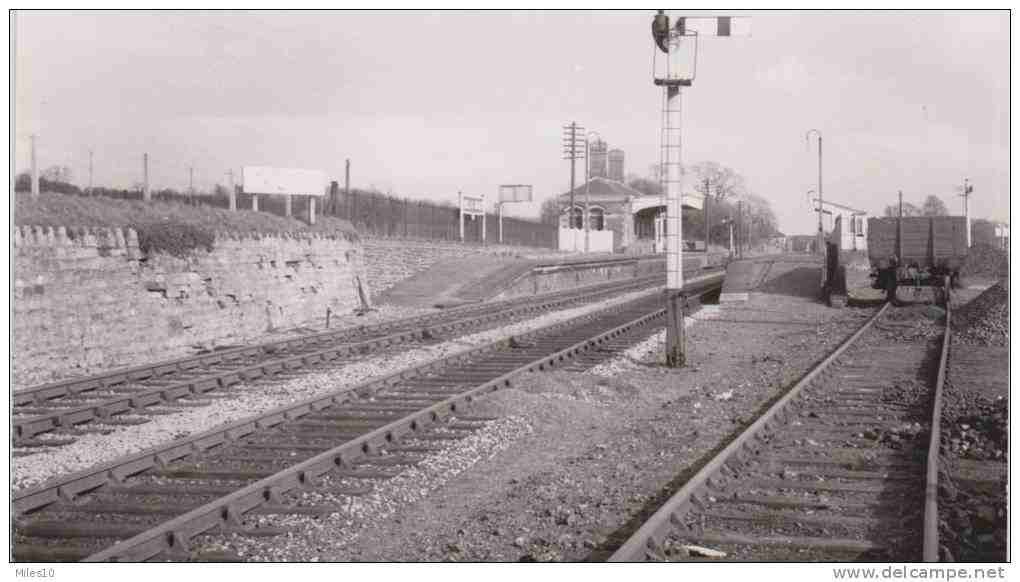 There was the Mells Quarries Railway, which branched immediately before Jericho Bridge, towards the south, passing by Holwell Farm, progressing for a mile to Bilbao Quarry. There were also several tramways in the locality, mostly 2' gauge. Beyond the bridge was a branch for Newbury Quarry, which, because of the extraction of coal and limestone was maintained by Westbury Ironworks: it closed in 1927. It was re-opened by ARC between 1968 and 1982. There was a short stretch of 2' gauge railway known as the Vobster Light Railway, which was used for leisure purposes 1992 - 1994, when the equipment was moved to Radstock.

At this junction a station was built in 1887 due to public demand: named Mells Road, it was actually 2 miles (as the crow flies!) from the village. On the southwest side the brick buildings included a waiting room and ticket office and a wooden lamp-store. The platform on the opposite side had only a shelter. There was no foot bridge, merely a foot crossing. There was a Cement works here but after closure it became a logistics centre. The year with highest shipments of stone was 1933, the tonnage being 121,170. Just past the end of the platforms, on the southwest side, is the Station Masters House, a substantial building fronting onto Hatchet Hill. Now, there is an access point for the Cycle way. To the northwest, the line slopes noticeably down at 1:69.

The railway passes over the B3139 before Kilmersdon is reached: the village is down to the left as the railway turns into a sharp right hand curve. Currently, a footpath approaches the cycle way at this point and the Company anticipates building a halt here.

Beyond Kilmersdon village, was the incline to Kilmersdon Colliery (1877-1983). The only evidence now is that there is less vegetation. 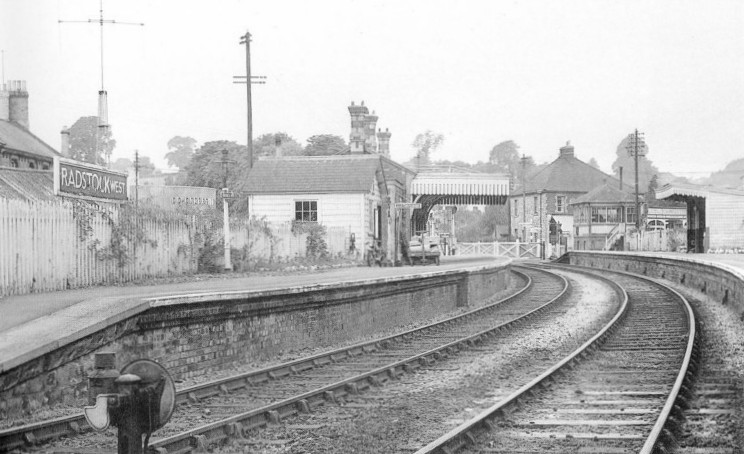 After passing the incline, the next structure would have been the so-called Forge building, which was not rail-connected, although rails were laid by volunteers around 2000. In 1870, there were two separate structures used originally by the Radstock Coal & Wagon Company. In 1922, it became E. Marcrofts and Marcrofts Wagons in 1938, although by1983 only repair work was undertaken. The last wagons were removed 29th June / 6th July 1988.

Further towards Radstock an engine shed was built in 1866, small even by the standards of the day: it was later extended, but finally used only for shot-blasting wagons. A turntable was provided, but space was so restricted that it was cantilevered over a stream. There was then a junction to the right: this led to Ludlows Colliery (c1784-1954) with a through track to the Somerset & Dorset. The last was little used as there was a fee of one shilling for every wagon. Almost adjacent to the turntable was a loading platform, about 180 ft long and a line continued to a Goods Shed.

Radstock Station had two platforms and a footbridge. The southern (to Bristol) platform buildings were very substantial and ornate: on the opposite side there was a waiting area with awning and signal-box. The latter was replaced by a ground-frame in July 1968 and totally taken out of use in 1973 when trains no longer crossed the road. Behind this platform was a two-road siding. Beyond the station was the level-crossing. With that of the Somerset & Dorset only a few yards away, it is hardly surprising that in the summer months of the '50's onwards, there were long traffic queues. The Board of Trade had ordered the removal of both level-crossings as far back as 1877, but it was ignored by both railways.

In 1925, there were nine or ten trains per day between Radstock and Frome with just two on Sundays. In 1956, this had reduced to only three, with none on a Sunday.